This is part of my Australian State and Territory emblem series where I nature journal the floral, bird, mammal and marine emblems.

The NSW floral emblem is the waratah, specifically telopea speciosissima (the NSW variant). My partner told me he’d seen some a couple of years earlier while hiking the Great North Walk with a friend and he’d been wanting to show them to me for quite some time. See, when we first arrived in NSW we didn’t really know what the waratah looked like and mistook the gymea lily for it when out on bushwalks. Now that we knew better I had to go see one in the wild!

By September, when we knew the waratah should start flowering, the weather forecast was perfect to go for a bushwalk. We were headed to the Central Coast region of NSW, just north of Sydney. We parked by Pearl Beach then walked through to the back of the small holiday town where the track began. We climbed up the hill a significant way and were rewarded at the top with the view from Warrah Lookout across the Hawkesbury River where we spied Barrenjoey Lighthouse.

The place where my partner had seen the waratahs was still further ahead, so we continued up the spur and along the fire trail. For one heartstopping moment we had a snake encounter but it had been run over and posed no threat.

Finally we reached the end of the track and spotted some ruby-red amongst all the muted greens and browns of the bush. I got out my sketchbook and pen and began to make observations while the waratahs swayed around me in the light breeze and dappled sunshine.

They’re tall and spindly, usually on a single long stalk that reaches up to well over my head. The stalk is only a twig’s width, about the size of my thumb. The leaves are long and narrow forming a teardrop shape at the extremity. Each leaf is a glossy, deep warm green on top and slightly lighter and more matte underneath. Some of the edges are serrated and remind me of banksia leaves. A few of them had round brown patches, usually towards the edges and end. I’m not sure what caused this, it looked like those patches were dead but had clear separation to the healthy parts of the leaf, as if it wasn’t spreading the way a leaf would normally fade. For this reason I suspect either fungal or insect attack of some sort.

The flower (or rather inflorescence, cluster of flowers) is unmistakable in all its luscious lip-red glory. Roughly spherical, forming a cone at the top, they range in size from the palm of my hand to as large as my head. The number of florets increases accordingly with size. The stamen (?) reach up out of their little folds in an arc and with the right light they seem to be white at the top of the tips and a dark red, sometimes almost black just underneath the tip. There are ‘leaves’ at the bottom that are part of the flower (bracts) the same ruby-red colour but tinged orange-pink on the ends.

After looking around I was able to find a variety of different stages of growth evident. Shorter shrubs with buds on top, mature flowers and ones that had released their seeds. One that had branched off from the main stem did show bits of yellow where some florets had seemingly fallen out, that looked similar to a nearby plants' flowers. Is this what the flower looks like before it blooms? At first glance the main stem abruptly stopped, however hanging off the side was an open seed pod. I think I need to find out what the life cycle of the waratah looks like!

One plant that looked similar but had four strangely shaped flowers with yellow bases that resembled banksias more than waratahs and with red leaves on the top of the stem caught my eye. Was this also a waratah? Are there male and female differences in the plant?

Upon close inspection of one flower I encountered lots of some relatively large black ants crawling throughout the florets - searching for nectar? I did some nature journaling standing and sitting nearby then moved away to a rocky plateau for a longer session where I got slightly distracted by a yellow-black ant. We did find some more waratahs on the other side of the track that were taller and larger but more hidden in the bush. However time was running out for us to get back so we packed up and descended again.

I notice, I wonder, it reminds me of..

Once at home I did some research based on the questions I had from my observations:

What does the lifecycle of the waratah look like?

The Telopea 'flower' is in fact an inflorescence of 10 - 240 individual flowers that bloom from September to November. Nectar-seeking birds and insects act as pollinators. The brown, leathery pods release large winged seeds.

Why were they supposedly larger a few years prior?

Could it be age, or environmental conditions such as after a fire? It turns out that waratahs rely on pyrogenic flowering, meaning they need a fire to flower. After this they produce and disperse their seeds, taking advantage of the open bush and other favourable growing conditions following the fire. Waratahs are one of the slowest to produce seedlings, taking at least two years after a fire event. Waratahs live in relatively open bush but they do prefer forest understorey and will dominate the understorey before being overtaken by the slower-growing banksias and wattles.

In 2011-2012 there was a prescribed burn in the area, making these plants about 8 years old? They begin to flower at about 5 years old, so perhaps the first flowering is largest?

The leaves remind me of banksias. Are they related?

Yes! Telopea belongs to the family, Proteaceae, which is predominantly Australian and southern African in distribution and includes genera such as Grevillea, Banksia, Macadamia and Hakea. ANBG.gov.au

Do the local Aboriginal people use the waratah for any purposes?

Yes, they made a sweet drink by soaking the flowers to draw out the nectar and also for its strengthening effect for children and elderly that were sick. Wikipedia 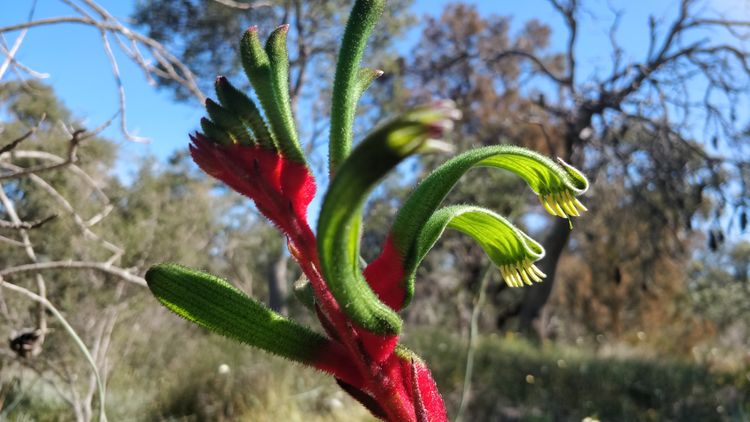 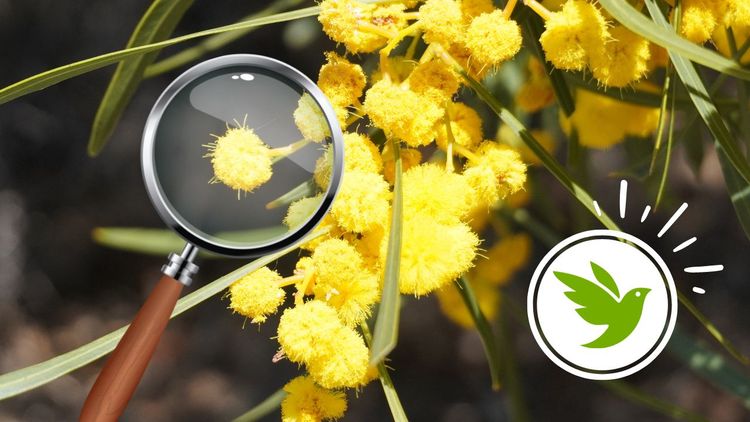 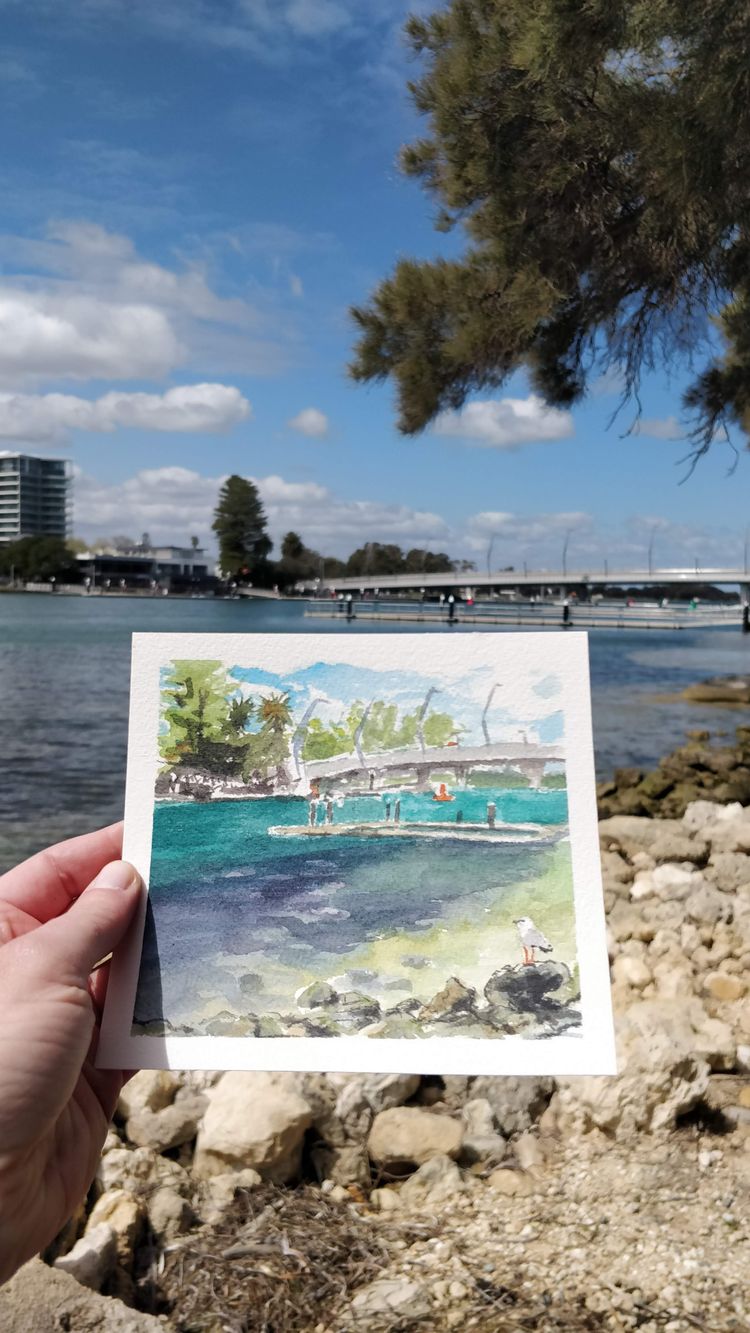 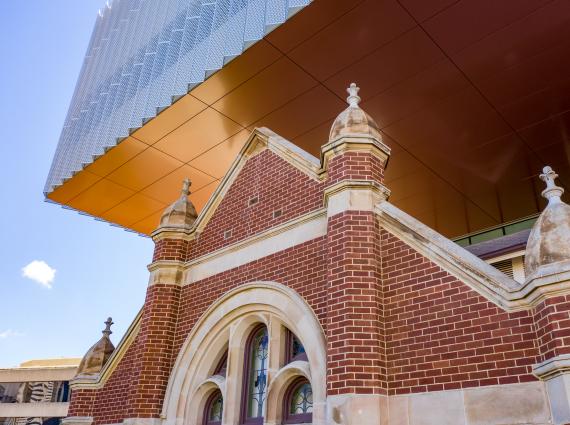 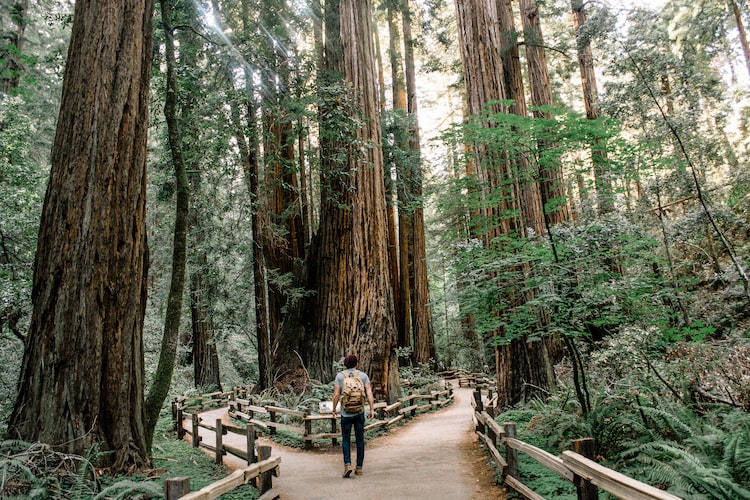